Archeologists Discovered 4,000-Year-Old Tomb In Egypt, And It Looks Like New

The architectural and artistic features of the ancient Egyptians never cease to stun not only in the creation but in their preservation. The country’s Ministry of Antiquities, Khaled al-Enani, has recently revealed a “new” well-preserved tomb that's decorated with inscriptions and colorful reliefs. The archeological finding dates back over 4,000 years – but the vibrant paint of the reliefs look almost as fresh as when they were painted.

The intricate tomb is thought to belong to an official named Khuwy, a nobleman from the Fifth Dynasty, a period which spanned from the 25th to the 24th century BCE. At the unveiling Minister al-Enani brought along 52 foreign ambassadors, cultural attachés, and famous Egyptian actress Yosra, to inspect the vivid depictions.

Khuwy’s tomb was discovered in the massive necropolis at Saqqara, situated in the south of Cairo. The design of the structure was done in a distinctive L-shape, Mohamed Mujahid, head of the excavation group, and includes a small corridor which leads down to an antechamber. Another unique feature they discovered was an entrance tunnel, commonly only found in pyramids. Farther beyond is the large chamber, that houses the multicolored reliefs.

The well-preserved hues are colors connected to royalty, that, along with the remarkable structural features, have led the archeologists to believe that maybe Khuwy had a relationship with Djedkare Isesi, the pharaoh of that period, whose pyramid is situated nearby. A possible connection they've theorized is that the two were related, while another explanation says that it was designed in line with the pharaoh’s reforms of state administration and funerary cults.

Apart from the tomb renderings, archeologists also discovered Khuwy’s mummy and canopic jars – containers used to hold bodily organs which have been divided up into several pieces. With that latest discovery, researchers hope to gain better insight into the forty-year reign of Djedkare Isesi.

That tomb is only the latest in a series of archeological unveilings by the Ministry of Antiquities. In 2018 they unveiled some “exceptionally well-preserved” drawings at Saqqara and found a mass cat cemetery discovered with a collection of rare mummified scarab beetles. The country hopes that those findings will help in their ongoing efforts to revive the tourist economy, which has not entirely recovered from the 2011 political uprisings. 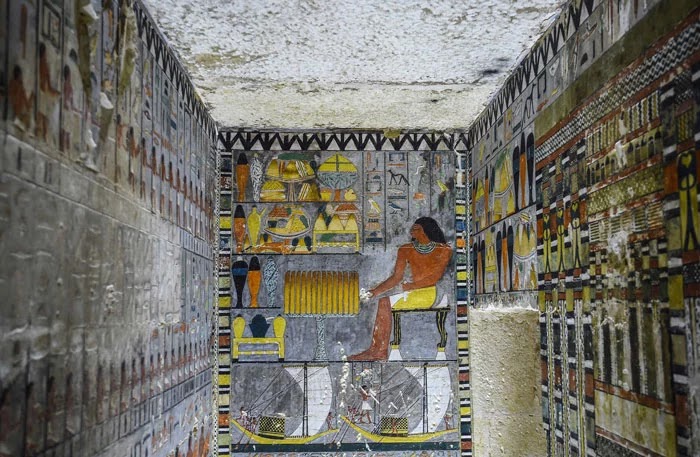 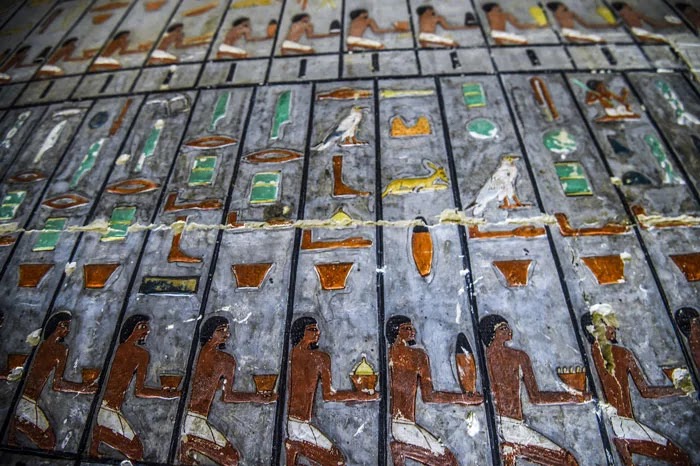 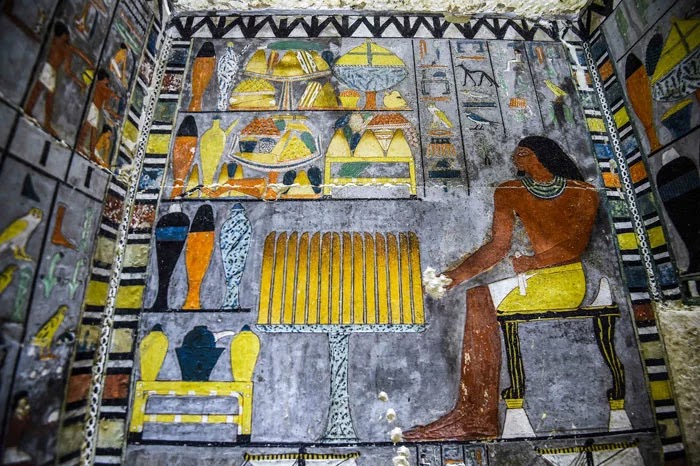 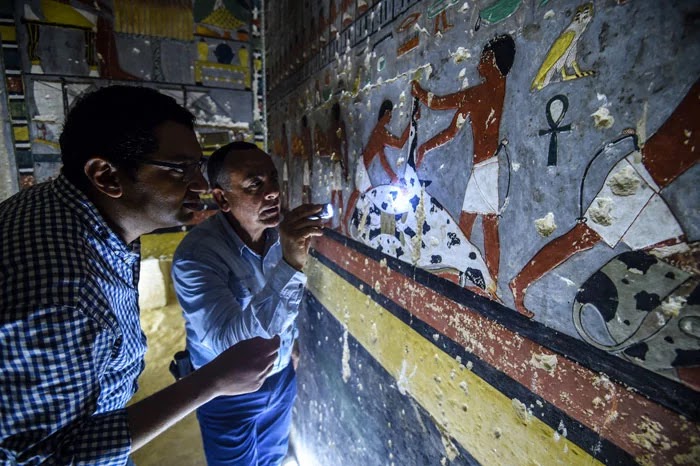 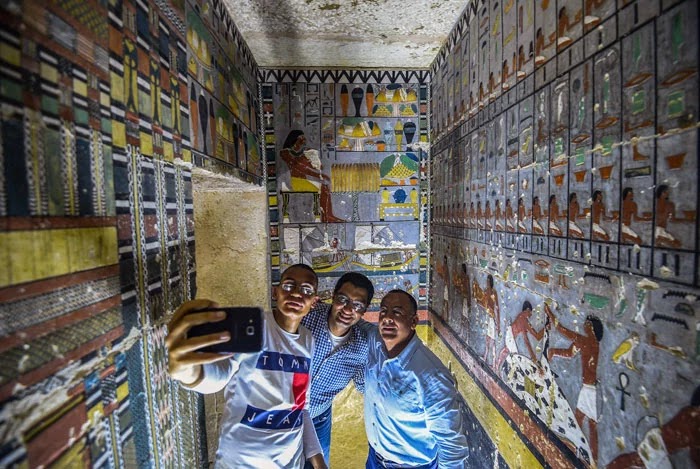 The Ministry of Antiquities in Egypt posted a video tour of the tomb on Twitter: